Al B. Sure!’s career in music and entertainment spans over three decades since he was introduced to the world in 1988 by music and business legends Quincy Jones, Benny Medina, Andre’ Harrell and DJ Eddie F of Heavy D & the Boyz. Collectively, they contributed to Al B. Sure! becoming one of history’s most innovative writers, producers and recording artists.

Al B. Sure!’s work as a change agent finds him intersecting his role as the host of a leading nationally syndicated radio program Love and R&B to becoming a mouthpiece for the amplification of social justice and civil rights issues. In the wake of the current climate, he utilizes his platforms to highlight the needs for racial justice, education equity, voter education, criminal justice reform, mentorship and much more. He participated in two of the most significant events of 2020, the historic March on Washington and the funeral of George Floyd, whose death was the catalyst for a global movement around police accountability.

Al B. Sure!’s work in the community around issues that impact vulnerable populations stems from his upbringing in a household that espoused positive values and he was raised under the principle “to whom much is given much is required.”  As a result, Al B. Sure! has contributed to music scholarship programs across the country and lent his leadership to different educational programs dedicated to musical excellence.

Al B. Sure!’s 1988 debut Warner Bros album “In Effect Mode” has been RIAA certified triple platinum and climbed to the #1 position on Billboard’s R&B chart for an astounding seven straight weeks. Al’s mentor Quincy Delight Jones, Jr. selected Al as the 1st winner of the prestigious Sony Innovator Talent Search in a blindfold contest. Subsequently, Al would go on to work with Quincy, the late Barry White, El Debarge, and James Ingram on the historic #1 gold single, Secret Garden of Q’s Back on the Block. The double-platinum effort produced by the legend himself and now his youngest son, Quincy’s Godfather.

Al B. Sure! has been nominated for 4 Grammys, won the American Music Award for Best New R & B Artist. Multiple Soul Train Award nominations, winning the Soul Train Award for Best New Artist; several New York Music Awards and more than Seventy-Five (75) ASCAP Awards for writing and composition performance and was appointed to the prestigious role of VP of A & R for Motown Records. Al B! is a voting member of the Grammys; a prominent member of Grammy’s In My District; a Member of the Board of Directors for B.R.A.I.N (Brain Rehabilitation and Injury Network), an organization Advancing Research, Recovery and Residential Care; and a member of the Board of Directors of The Jackie Robinson Foundation.

As a youth from Mt. Vernon, NY,  Albert Brown, III, shied away from his secret passion of singing in the church choir so his pastor found an alternative route to keep him involved and instructed young Al to assist him in building a recording booth adjacent to the pulpit for purposes of capturing a four-track recording of Sunday’s sermon and angelic choir. Subsequently, deliver “a show” to the local WVOX AM radio station. Without instruction, young Albert thought that he would honor his pastor by plugging in the microphone and voicing an introduction on the cassette tape for his spiritual leader for the local market to know where to come to worship, the time and how blessed they would be if the attended one of his services… The birth and Love of radio for Al B. Sure!

In early 2000’s during a visit to the Bay Area for a charity event with the Oakland Raiders, Al B! visited Clear Channel Communications for an interview with lady radio legend Renel on 981 KISS FM. The Program Director, Michael Erickson, called ABS! to his office after hearing the interview and asked if he’d consider doing a weekend radio show on his station featuring the soundtrack of our generation. Al B. Sure! replied “When Do We Start?” All went amazingly well. This was the training ground for the next step to come: a call from ABC Radio Networks Exec Daryl Brown. “We hear & like what you’re doing. It’s time to take it to another level and affiliate your show.” As timing would have it, 98.1 Kiss FM was in the process of changing formats. It was time for the next move. 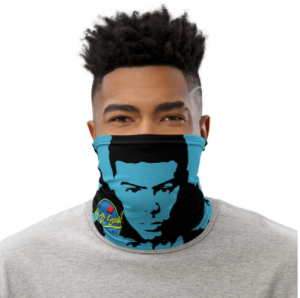