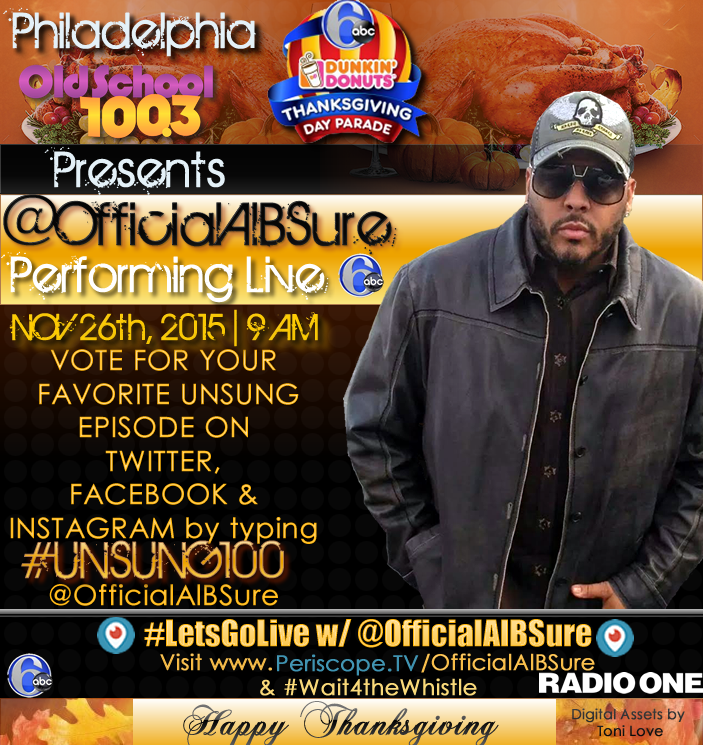 Al B. Sure! To perform at the Thanksgiving Parade in Philly

Once again, the holiday season in Philadelphia kicks off with the traditional Thanksgiving Day parade on the Benjamin Franklin Parkway. Hosted by Rick Williams and Cecily Tynan, the parade airs live, 8:30 a.m. to noon, on 6ABC.

Stepping off from 20th and Market streets, the 1.4-mile 6ABC Dunkin’ Donuts Thanksgiving Day Parade is the oldest Thanksgiving parade in the country. Featuring 4,000 marchers, the parade, now in its 96th year, is made possible with the help of 750 volunteers.

As they have since 1988, the talented students of the Philadelphia High School for Creative and Performing Arts (CAPA), under the direction of LaDeva Davis, will once again present a variety of rousing production numbers. Finally, in an exciting finale on the steps of Philadelphia’s famous Museum of Art, Santa and Mrs. Claus will officially open the holiday season.